Me and PeeingHuman have nothing to do with this except really wanting to post this brilliant film by Anand Patwardhan so that it reaches most people. It released in 1991, most relevant today.
RAM KE NAAM / IN THE NAME OF GOD focuses on the campaign waged by the militant Vishwa Hindu Parishad (VHP) to destroy a 16th century mosque in Ayodhya said to have been built by Babar, the first Mughal Emperor of India. The VHP claim the mosque was built at the birthsite of the Hindu god Ram after Babar razed an existing Ram temple. They are determined to build a new temple to Ram on the same site. This controversial issue which successive governments have refused to resolve has led to religious riots which have cost thousands their lives, culminating in the mosque’s destruction by the Hindus in December of 1992.
Filmed prior to the mosque’s demolition, IN THE NAME OF GOD examines the motivations which would ultimately lead to the drastic actions of the Hindu militants, as well as the efforts of secular Indians of all creeds to combat the religious intolerance and hatred that seized India in the name of God. 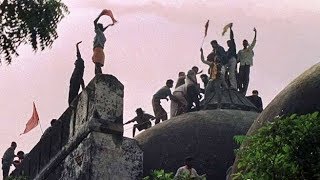 Babri Masjid demolition: The most comprehensive video coverage from 1992 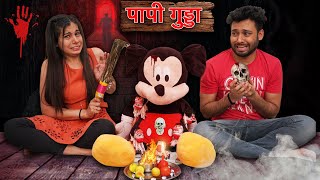 The Magic of Chemistry - with Andrew Szydlo